Here’s how to decide what debt you should tackle first 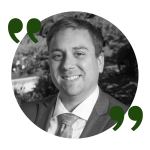 Quoted in Article : Christopher J. Lyman, CFP® ChFC®
Not all debt is the same. So how should you decide which to repay first?

Amid the coronavirus pandemic last year and ensuing economic recession, debt grew for many Americans. In 2020, consumer debt ballooned to a new high of $14.88 trillion, a 6% increase from the previous year, according to credit rating company Experian.

Today, the average American has more than $92,000 in debt, per Experian data. Included in that total is many different kinds of debt, including credit cards, student loans, mortgages and more.

As the U.S. moves out of the pandemic and Americans begin to return to a new normal, some may be looking to actively pay down the bills they’ve accrued in the last year.

Here’s how to determine which debts should be repaid first.

Before deciding on a repayment strategy, experts recommend determining which debt is hurting you the most. This way, you can work on paying that first to better your financial standing.

“It’s important to differentiate that and know that and focus on what is really the most detrimental debt at first,” said Chris Lyman, a certified financial planner at Allied Financial Services in Newtown, Pennsylvania.

For his own clients, Lyman likes to break out debt into three “zones” — red, yellow and green.

Red zone debt, typically with the highest interest rates, is the most damaging. This includes things such as credit cards, personal loans and some private student loans. Interest rates on a credit card, for example, can be as high as 30% and may even compound daily, meaning they can quickly grow even more if they aren’t paid off.

Debt in the yellow zone has lower interest rates, is generally longer term and might have some tax advantages, such as a home equity line of credit, federal student loans, both of which have some deductibility. Lyman would also include auto loans in this category, because many people decide to carry them instead of paying off cars in full.

Green- one debt is the longest term with the lowest interest rates, and anything that’s helping you build an asset, according to Lyman. This includes mortgages — rates can be as low as 2% — as well as some business loans.

“It’s not just weighing you down,” said Lyman. “There’s some sort of offsetting asset being built.”

Another way to think about prioritizing what debt to pay off is thinking about the ones that weigh on you the most, according to Delano Saporu, CEO of New Street Advisors Group, a financial planning and portfolio management firm in New York. This is often consumer debt from credit cards, making that the best place to start, he said.

“It’s like a feeling of drowning when it comes to consumer debt, the interest rates are so high,” he said. “You bought things that you didn’t really need, you just wanted, and so it leaves a sense of desperation.”

Considering the pandemic, some may also be dealing with other kinds of debt that doesn’t necessarily come with interest rates but could have a great impact on their lives, such as owing months of rent. That’s also debt that should be a top priority, according to Saporu.

Once you’ve categorized your debt and know what you’d like to focus on paying off first — while making minimum payments on all other debts, of course — you then need to decide on a repayment strategy.

Before you begin to allocate part of your budget to repaying debt, financial experts recommend that people build up at least a small emergency savings fund. The reason? Without a cushion, any emergency or even unexpected life event — such as an illness or having your car break down — could put you even more in the hole.

Once you have emergency savings, there are two common repayment strategies that financial experts recommend — the avalanche method and the snowball method.

This is recommended for people who are disciplined and can stay the course, said Lyman. The highest interest rate debt might not be the smallest balance owed, and so using this method can seem like marathon instead of a sprint.

The snowball method is better for people who want to see progress quickly, celebrate small wins and use that momentum to tackle larger debt. In this method, you start with the smallest balance first.

“Mentally, getting some debt to zero makes people feel good,” said Saporu. “Especially if you’re younger and building up your cash flow, building up your income, that is a great way to feel better incrementally.”

As you progress in your career and income, you can tackle larger debts, according to Saporu.